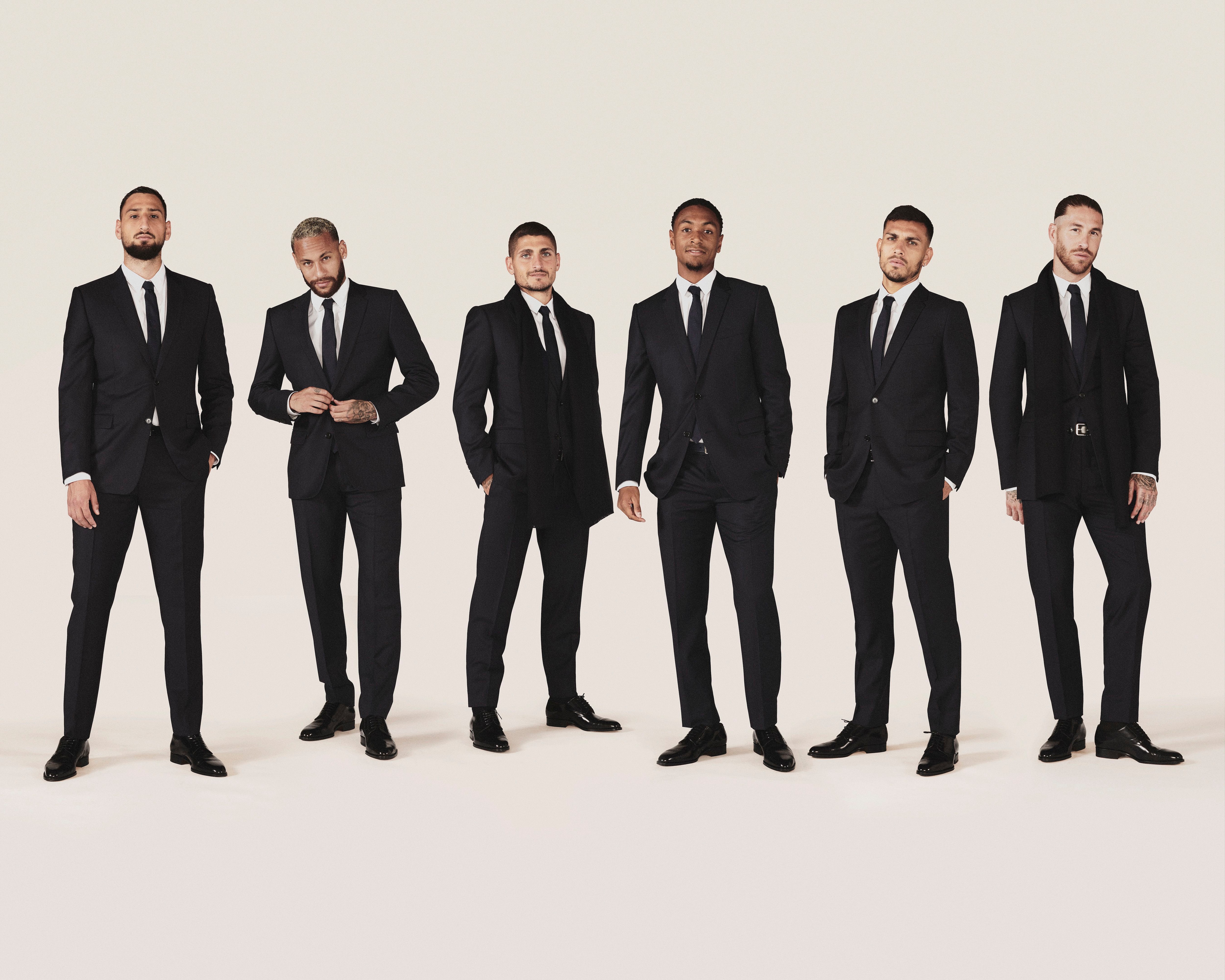 There has always been a strong synergy between fashion and sport, especially when it comes to footballers.

Young, athletic and with enormous purchasing power, once they hit the jackpot, many players waste no time getting outfitted in the best outfits from the world’s biggest brands.

Think of the dress style of Briton David Beckham, who has built a reputation for always looking good, while Spaniard Hector Bellerin’s neat high-low wardrobe mix has earned him many accolades. Presnel Kimpembe’s off-duty snap is well documented, while fellow Frenchman Paul Pogba is known for his love of Gucci and Supreme x Louis Vuitton.

So it’s no surprise that big fashion houses are always on the lookout for new ways to cement the bond with top, successful and influential players.

Since taking over the reins of menswear for Dior, designer Kim Jones has taken some bold steps, the most recent of which is designing off-field looks for France’s Paris-Saint Germain football team.

Home of Lionel Messi and Neymar, the famous PSG – as they are affectionately known – have taken up residence in the French capital, making them an ideal candidate for the Parisian house of Dior.

Only a few kilometers from the new Dior headquarters on the Champs-ElysÃ©es and the PSG field at the Parc des Princes, it’s a kind of meeting.

Covering both casual and more formal looks, Jones mixed Dior Homme’s dark and sleek palette with the football club color, even coming up with a new navy tone for the project.

Players will now be able to don a zippered Harrington jacket, a mesh sweater and a polo shirt, all embroidered with the club badge and Christian Dior initials.

As part of this look, players will wear Dior Explorer derby shoes, stamped with the Dior Oblique motif.

For formal occasions, Jones created a look consisting of a cashmere coat, a jacket with matching pants and a shirt. For the feet, there is another pair of derby shoes, this time the cap toes, and in a hidden touch, Jones embossed the insole of each player’s shoes with their silver jersey number.

To complete the look, we find a reversible scarf in blue and black cashmere, a Dior Saddle bag in calfskin and a tie woven with the Paris-Saint Germain logo. Dior will dress the players for two seasons.

The house is also not the only one to dress footballers recently.

By creating two suits for each player, their weight will vary to cover warmer and cooler weather, meaning players will be covered regardless of the season.

Juventus coach Massimiliano Allegri meanwhile designed a bespoke suit, with additional thermal regulation and stretch, to meet the long hours spent on the side of the pitch.