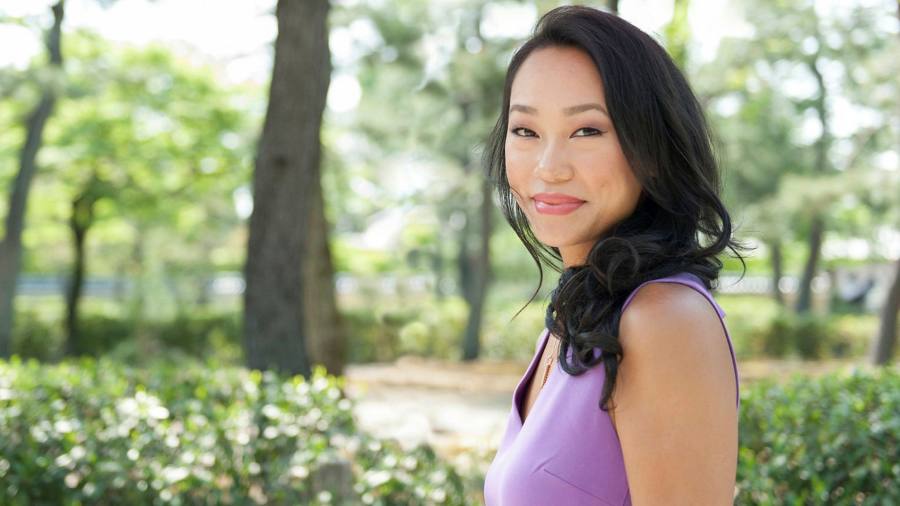 Vicky Tsai will never forget the launch date of her beauty brand, Tatcha, in January 2009. “We launched Tatcha the day I gave birth to my daughter, so I always know how old she is. “, she says. “It was a very long day.”

Inspired by skincare rituals she discovered on a trip to Japan, Tsai, Taiwanese-American and Harvard Business School graduate, developed products to help soothe her own irritated skin. She sold her engagement ring to raise money to fund her young business, which started in her mother’s garage in San Francisco. She did not receive a salary for Tatcha’s first nine years. In those early days, Tsai says finding retail partners was difficult.

“Historically, we have always faced a lot of skepticism,” she explains. “It first impacted our ability to raise funds, to get retail distribution, to have agency partners. In all areas, you had people saying, ‘Asian beauty is not an aspiration in the western world.” So we did it on our own.

British beauty retailer Space NK was the first to sell Tatcha’s products. Tsai reached out to beauty magazine editors directly with product samples and handwritten notes to build the brand through word of mouth. After nine years, still in the role of managing director, she appealed to institutional investors.

“When we were in this hypergrowth phase, I ended up making the decision to bring in a private equity firm to give us a buffer for growth capital,” she says. The firm recommended that Tatcha put together a new management team, including a new CEO. “And I never wanted to be the kind of founder that gets in the way of their business,” Tsai says. “So I retired and I was actually really excited to be able to learn from the greats in the industry.”

Unilever bought Tatcha in 2019 for $500 million. Two years later, Tsai returned to the business. “I can’t say too much about that time except that when Unilever asked me to come back in January 2021, it was a turnaround,” she says.

Tsai is part of a small group of founder-CEOs, across various industries, who leave and return to the companies they have created. Steve Jobs became famous again at the head of Apple, 11 years after his ousting; Howard Schultz, who transformed an 11-store Seattle coffeehouse into a global brand, recently returned to Starbucks as interim chef; and Superdry founder Julian Dunkerton returned to run the clothing retailer after a four-year absence.

I’ve gone from thinking not just as a founder, but more to being a CEO mindset – it’s not just about me, it’s about the group

Founders who put their heart, soul, and personal finances into a business they’re building often find it hard to let go. When they leave, they may find it hard to resist coming back, especially in the beauty industry. “I think when you have an independent business that breaks through and starts to see success, it’s a pretty common story to cut the founder out,” Tsai says. “And a lot of the founders are women.”

Denise Sutton, associate professor in the business department at New York City College of Technology, points out that the mission of beauty brands becomes personal to their founders, especially when they develop products to use themselves. “A lot of these entrepreneurs make huge sacrifices to start a brand,” says Sutton. “Even though you receive a huge payment when you sell your business, you still have this emotional attachment to all the blood, sweat and tears that you put into it. You want to make sure someone is looking after your baby and that they won’t get lost among the hundreds of brands.

Sutton thinks this is especially true in the beauty industry, because beauty is so personal. “Whatever brands we use, whatever ingredients. . . it’s just there for the world to see, whether it’s our skin, whether it’s color cosmetics, or whether it’s hair dye. . . it’s so visible,” she says. “And I can’t think of other industries where the product or service they sell is so intimately personal to the consumer.”

Francesco Clark developed his skincare brand Clark’s Botanicals at the age of 24, after suffering spinal cord damage in a diving accident in 2002. “I started Clark’s Botanicals as an exercise emotional and psychological because I had no sense of myself,” he says. . Because his skin had stopped sweating from his injury, he turned to his father, a homeopathic doctor, to help him develop a face cream to soothe his own irritated skin.

Five years later, the New York-based Italian-American showed off his homemade creams to his former boss at fashion magazine Harper’s Bazaar, where he had worked as an assistant. Impressed, his former boss featured the face cream in the September 2010 issue. “With Clark’s Botanicals, we’ve always been the underdog who kind of finished the triathlon,” he says.

As the brand grew, Clark says he was approached by potential suitors. In 2016, he sold Clark’s Botanicals to Glansaol, a company backed by private equity firm Warburg Pincus, on undisclosed terms. Clark tried to part ways with his company as he prepared for the deal. “I’ve gone from thinking not just as a founder, but more to being a CEO mindset – it’s not just about me, it’s about the group.”

Two years later, when Glansaol filed for bankruptcy, Clark moved quickly to regain control of Clark’s. He bought it back in 2019. “It was the way to fix it, develop it and improve it,” he says. “I never realized how nearly impossible it could be perceived as.”

His business regained its independence just before the pandemic hit, but Clark says he’s enjoying the fast pace. He also appreciates his deep connection with the brand.

“I mean, I was face down in a pool, paralyzed from a diving accident, and I was told I had a 19% chance of surviving. And then I was told that I could never breathe, speak or move my arms. Now I am not silent,” he says. “Someone telling me something is impossible means nothing to me.”