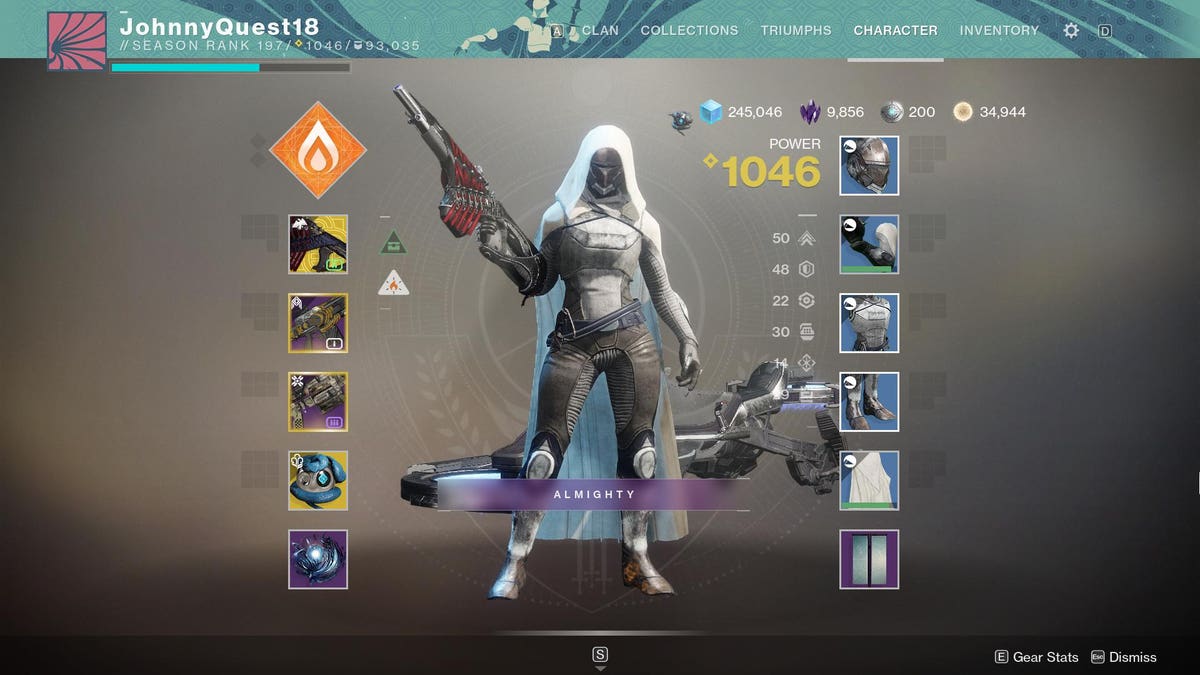 If there is one common complaint about Destiny 2’s Solstice of Heroes event, it’s that the objectives can be a bit too difficult for some, especially if you’re trying to get fully maxed out armor in all three. classes.

the list of requirements is huge, then do it twice more for alternate characters? No thanks. But something seems to have happened for Destiny 2’s Solstice in 2020 to make that easier. For some people, at least.

Some players have found that after completing the first set of blue armor requirements and gaining the Legendary “Majesty” armor on one character, than on their next character, they get twice as much progress towards the objectives. As in, a precision kill counts as two, a Crucible match counts as two, and so on.

Then others who quickly completed this set found that they were getting triple progress on their third character.

Wow, so has Bungie actually listened and cut down on Solstice work for those running multiple characters? Impressive! (Update: they did, no sarcasm, see below).

Update: The “bug” is actually a feature that just hasn’t been announced. You don’t know why not everyone gets it, but make sure you have the next level complete before you start on the others:

Also some more advice from me trying to figure out why some people don’t get the bonus. It can come into play when you get your armor and is not retroactive.

The original article follows below:

While this does happen for some players, it doesn’t happen for everyone. I’ve heard a lot of players say that even with the Majestic set, they don’t see that they get any progression bonuses on their other characters. I took a survey of my hardcore Destiny reader base last night and while 46% said yes they get bonus progress after completing the blue set, 54% said they don’t. were not. This is bug behavior, and there’s also the obvious fact that Bungie never mentioned this at all, when that would have been an obvious selling point for the event.

The last time we heard about what was going on, DMG responded to Mtashed saying it didn’t sound right.

I don’t think that’s what DMG is describing here, some sort of “lag”, because what it says looks like faded away progress, not bonus progress, but again, this behaves like a bug, not a feature.

The problem? The only thing Bungie can do now to not upset everyone is to “turn on” this bug for all players. If you remove the bug, players who got it won’t be happy. If you leave the bug in place, players who don’t have it literally have a 2x-3x longer grind than everyone else. It’s bad. But if he is a bug, just “turning it on” for all players is probably a lot harder than it looks. And this event only lasts a month. I wouldn’t want to be in Bungie’s shoes trying to figure this out.

The easiest way to determine if you have this bug “perk” is to complete a blue set, make your armor to get it majestic, then get blue armor on your next character, and draw a dreg in it. head. If it counts for two, you are gold, if it is one, may the grind have mercy on your soul.

I’m about to go through exactly this process right now. I had a late start yesterday so I still have two pieces to finish on my first blue set. Come back here in a moment to see if I’m one of the lucky ones. And for more information on this issue and what Bungie could be doing about it.

Update: I actually have the “bug”, thank God:

See my thoughts on Solstice below: