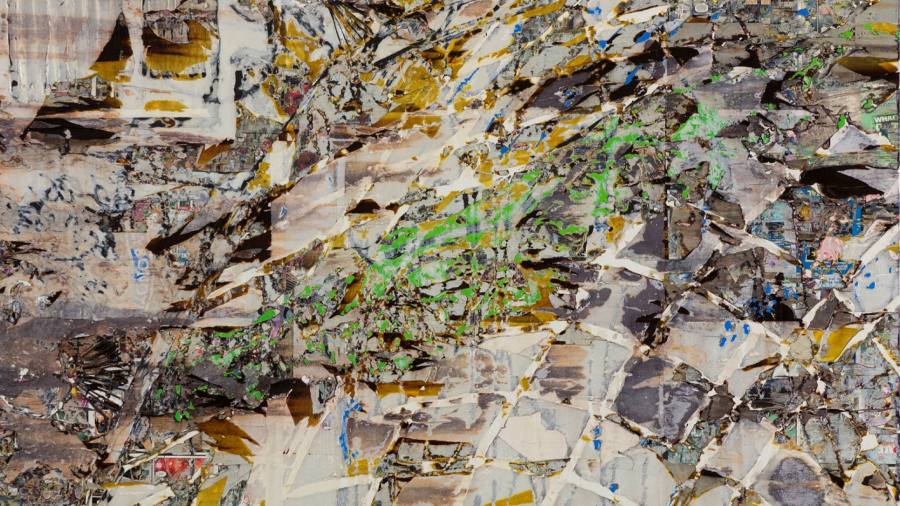 Confidence in the market has reached its highest level since 2014, according to industry analyst firm ArtTactic – welcome news as the art world heads towards an as yet uncertain summer break. Conducted during the first two weeks of July, the biannual survey of 113 industry insiders finds an overall confidence level of 80.6 (out of 100), up from 44.6 in November and an all-time low of 6 in May 2020. The report finds that the pandemic, while disruptive, has “also been a catalyst for transformational change in the art market, creating more resilient and innovative business models across the industry.”

The auctions, which have done well publicly so far this year, have boosted the feel-good factor. The report also finds that confidence in gallery sales has gained significantly, “with the prospect of a busy physical art fair schedule this fall.” Planned fairs in New York, Basel, London and Paris are currently held six weeks apart, although the report also acknowledges uncertainties about such events given the advent of the Covid-19 variants.

According to ArtTactic, the three established artists who are expected to achieve the best results over the next six months are Yoshitomo Nara, Cecily Brown and Mark Bradford, while painters Lynette Yiadom-Boakye, Julie Mehretu and Njideka Akunyili Crosby.

Launching a podcast may not be the most daring innovation of 2021, but The new bimonthly show of Art Basel, hosted by director Marc Spiegler, shows how art fairs have evolved from their beginnings as ephemeral annual events for commerce. â€œWe’ve extended the art beyond being present for just three weeks a year,â€ said Spiegler, referring to the group’s in-person events in Basel, Miami and Hong Kong.

Like many others since 2020, the move to a year-round offering, when you want it, has been accelerated by the pandemic, which has forced fairs to build brand loyalty in new ways. The idea of Intersections: the Art Basel podcast stems from webinars hosted by Spiegler during lockdowns, he confirms, but relies less on listeners being in front of their computer screens. The group’s longtime sponsor UBS, which hosted the webinars, is also supporting the podcast.

The first half-hour episodes are available Monday and feature architect David Adjaye and musician-collector Swizz Beatz. Fashion designers and writers are promised for future episodes – all creatives with reach beyond the fine art world. Spiegler sees all of this as an addition to the gallery clientele of the fair group. â€œWe are building on a foundation, rather than moving away from our past,â€ he says.

Art Basel also announced that 273 galleries were due to exhibit at its Swiss Fair in September, up from 290 at its previous in-person edition in June 2019. Only five galleries chose to exhibit remotely via a satellite booth, although the option to spend rest.

UK residents will have the chance to Dial-A-Poem by performance artist John Giorno for the first time. Recordings of hundreds of artists reading their own poetry were made and published between 1968 and 2019, when Giorno died. Participants including Vito Acconci, Allen Ginsberg and Patti Smith. The project, which randomly selects poems for callers, was relaunched in New York last month and will be available to stream for free from a UK phone number from October 12.

â€œThis work tells the story of when John lived in downtown New York City and when the art scene was at the intersection of performance, dance, poetry and art,â€ says Elizabeth Dee, Curator , organizer of art fairs and director of the John Giorno Foundation. She describes the Dial-A-Poem project as â€œthe most important work he has ever createdâ€ and hopes to perform it â€œaround the worldâ€. The UK launch coincides with the artist’s first posthumous solo exhibition in London, which takes place at the Almine Rech Gallery from October 12 to November 13.

London’s state-of-the-art Paradise Row gallery, which closed after eight years in 2014, is returning. It will return in a different format, opening in September for just one year as a nonprofit. The plan is to donate 40 percent of sales revenue to artists and 20 percent to charities chosen by creators. Any additional profits, after costs, will also go to charities. Nick Hackworth, who will run the gallery alongside collector and curator Pippa Hornby, says: â€œI didn’t want to restart the gallery and do the same. This way we can have more social impact.

The opening show will be hosted by artist Shezad Dawood and features seven London artists of South Asian descent (Hawala, September 15-October 29). It will be followed by an exhibition of indigenous Brazilian art, culture and thought, curated by Sandra Benites, an anthropologist who was the first indigenous curator to be hired in a museum in Brazil (the Museu de Arte de SÃ£o Paulo ).

The new Paradise Row space will be on Bourdon Street, Mayfair, a short walk from Gagosian, Sadie Coles’ head office and the Phillips auction house. Its owner, the Grosvenor Estate, is backing the gallery with what Hackworth describes as a “bargain” on a space vacated by fashion label Chalayan.

Does anyone want to organize an art fair in the USA? Less than two weeks after the announcement of Noah Horowitz’s departure from the Americas Directorate for Art Basel, comes the news that Rebecca Ann Siegel, who has been in charge of the Frieze fairs in New York and Los Angeles for less than a year, also has decided to look for new pastures. . Siegel was the third person to lead the New York edition of Frieze, after founders Amanda Sharp and Matthew Slotover launched in 2011, and has never managed an in-person edition of the LA Fair, which was postponed this year. She doesn’t say what she’s going to do next but, as neat as it is, I’m sure she’s not going to replace Horowitz, or vice versa.

To pursue @FTLifeArts on Twitter to discover our latest stories first