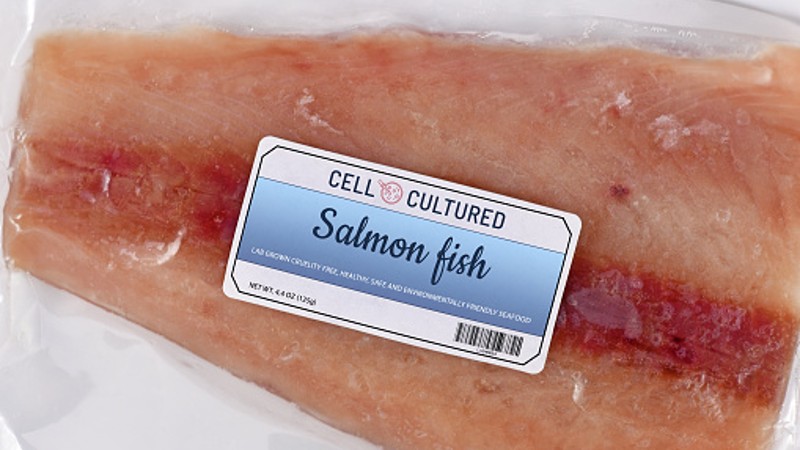 BlueNalu is based in California, but the company has a keen interest in expanding into Asia, having identified the region as one of its main targets for establishing a foothold and developing physical manufacturing facilities during this decade.

According to BlueNalu CEO Lou Cooperhouse, of all the existing alternative meat technologies and products being developed today, he believes cultured seafood is the “holy grail” for the alternative protein industry, especially in Asia.

“When I first started looking at the alternative protein sector, I was looking at all the opportunities that might exist in this world and I was fascinated by all the options, i.e. plant-based technology, fermentation technology and cell culture technology”,Cooperhouse said FoodNavigator-Asia​.

“But out of all of those, in all of my research, one particular category really stood out for me, which was the ability to make seafood directly from fish cells, with the same characteristics. ​

“This means that this is not an imitation product but the real product made in a new way, with all the benefits of seafood without any of the many negative consequences of seafood and I really saw this as a holy grail, because we’re already flat out when it comes to getting seafood from the ocean to meet demand – we can’t feed the planet with the amount of seafood from sea ​​it needs today, let alone in the next two decades.​

Cooperhouse also observed that the farmed seafood industry has seen tremendous progress and growth in recent years, maturing at such a rapid pace that he believes marketing and profitability is no longer a question of “if”, but of “when”.

“Just three and a half years ago when I started BlueNalu, there were a lot of challenges that seemed insurmountable – the technology didn’t exist, no one had ever propagated fish cells, chains of supplies didn’t exist, the cost of everything was extraordinary, and commercially, no one had come close to developing factories this way,”he said.

“Today we know that it is possible to use not a pharmaceutical grade model (which is of course much more expensive), but a food grade logic to develop large-scale factories capable of a high throughput and mass production capacity and supply chain issues are also being addressed, so the cost has also decreased significantly.​

“Even with regulations where many challenges still exist around the world, so much has happened in the last two or three years, especially with even Singapore being the first country to approve meat grown for food and the seafood can’t be far behind.​

“This and the entry of food and pharmaceutical grade companies into the space to support it all shows how dramatically the entire industry has matured over the past couple of years, and because of that [progress] and maturation, we are very confident in our ability to be profitable with our large-scale factories.​

BlueNalu is building the first of its US-grown seafood plants, but Cooperhouse pointed out that Asia is next on the company’s list of targets to establish a similar production facility.

“We’re a global company, not Californian or American, and Asia has the greatest demand for protein in the world, so we’re very focused on market opportunities here,”he said.

“As such, we really see ourselves putting factories in Asia – As soon as we can develop our first full-scale factory, we are very motivated to build one soon after in Asia, so America and the Asia are certainly our two main target markets.​

“The last remaining obstacle to mass production is really about large-scale production, so that’s really the only challenge left and that too will also be solved in the next three to five years. We are putting in place the different processes that will make it possible to produce cultured seafood at a cost that may be very opportunistic soon.​

BlueNalu has already entered into strategic partnerships and/or investments with several investment firms and major food and beverage brands in Asia to accelerate its progress towards commercialization, with prominent examples such as Thai Union in Thailand , Mitsubishi Foods and Sumitomo in Japan and Pulmuone in South Korea.

Demand is also expected to come from the catering sector once commercial production is operational and reaches an acceptable price, both in search of a coherent supply chain and the possibility of accessing fruit species. sea ​​previously inaccessible.

“We also found through our research that foodservice operators are highly motivated [to try cultured seafood] because they currently have such an inconsistent supply chain – That’s why restaurants don’t always have seafood on their menu, it’s highly variable because the supply chain is so unpredictable”,he added.

“They told us they were excited about the predictability and the ability to make a consistent product that consumers love, [as well as possibly working with] imported or difficult or impossible to breed species.​

BlueNalu plans to launch its first major sales factory within the next five to seven years in the United States and Asia by the end of this decade.

“So [the time when] we could really see cultured seafood hitting the market in larger volumes is actually not that far off,”Cooperhouse concluded.